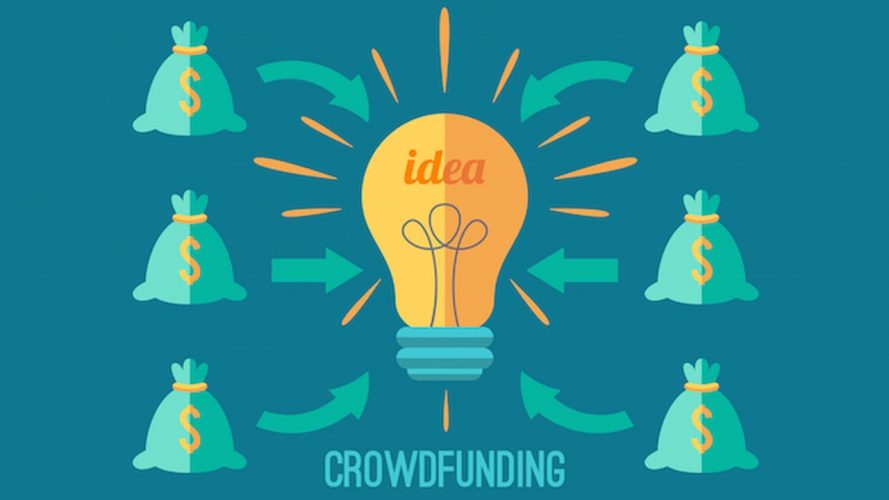 Welcome to the first instalment of what will be a two-part series of posts unpicking the basics of crowdfunding. In this post, we get to grips with crowdfunding for scale-ups, and take a look at some of the platforms that are available. In Part 2, we’ll be talking about how to launch a crowdfunding campaign, and the best practices for maximising results.

If there’s one thing that’s almost universally true for all businesses, it’s that if they want to scale-up their operations, they are going to need funding to do so.

In the past, when an SME (small to medium enterprise) has sought out a loan in order to grow, they instinctively turned to their bank, where indeed most business funding has historically come from. However, following the financial crisis and credit-crunch-fuelled recession that subsequently ensued, mainstream banks have found themselves strapped with burdensome regulations that have prevented them from being able to deliver funds to the same extent that they used to.

Indeed, the rejection rate of first-time SME borrowers now stands at around 50%, according to the UK Department for Business Innovation and Skills – a particularly frustrating situation as many of these rejected businesses have perfectly valid business plans that would lead to strong growth.

However, the good news is that in the Digital Age there has emerged a plethora of alternative finance (AltFi) solutions that have swooped in to pick up the pieces. Dr Simon Ashby, Associate Professor of Financial Services at Plymouth University, considers the rise of these AltFi platforms in Business Reporter:

“In recent years a bewildering array of so-called alternative finance options have emerged, aided by the internet and social media to help connect those in need of finance with those who have money to invest. This includes the growth in peer-to-peer lending, crowdfunding initiatives and Dragons’ Den-style business angels. Such options are not necessarily more expensive than traditional bank products and can provide greater returns for investors at a lower cost for borrowers – thanks partially to more efficient business models, sophisticated IT systems and lower levels of regulation.”

An important question to answer before we continue.

Crowdfunding (sometimes called ‘crowdlending’) is the process of raising small amounts of funds from large amounts of people (i.e. the ‘crowd’). In practice, this is usually orchestrated online, whereby businesses sign-up to a crowdfunding platform and pitch their idea to a community of private individuals, who, if they like the idea, can respond by pledging a small amount of the total funds the business needs to reach its target.

There is also reward-based crowdfunding, usually utilised by early-stage start-ups or private individuals seeking finance for a certain project, which enables people to access funds from the crowd in exchange for non-monetary rewards. For example, a musician who needs funds to record a new LP might reward backers with a copy of the finished record, or perhaps give them free tickets to a live show.

From Start-ups to Scale-ups

Today, it’s perhaps a misnomer to describe crowdfunding as an “alternative” option for finance. Indeed, Crowdfunding Campus reports that “in 2016, equity raised from crowdfunding passed VC [Venture Capital] funding for the first time, and, by 2025, the World Bank Report estimates that global investment through crowdfunding will reach $93 billion.”

Now – with banks either refusing or unable to lend, crowdfunding has, for many SMEs, become the go-to option, rather than the alternative. However, traditionally, crowdfunding has been accessed by start-ups at the very early stages of their existence. This segment, as Luke Davis, founder of crowdfunding platform Crowdfinders explains in a recent interview with The Guardian, is now well-served by the crowdfunding sector – it’s scale-ups that need the boost.

“Early-stage start-ups are extremely well catered for now,” Davis says. “But it’s the later development capital stage – once the business has proved the concept, they’ve got revenue and they have clear sight to profitability – they are the sorts of companies that are being funded less and less.”

In an effort to combat this, Davis has launched a specialised crowdfunding platform called Race To Scale, which is designed specifically for growth-stage SMEs seeking funds to scale-up their businesses. The initiative is essentially a hybrid solution made accessible exclusively to established SMEs, who can bid to secure funding between £100,000 and £5 million from partnerships formed by private lenders and third-party crowdfunding platforms.

What Other Crowdfunding Platforms for Business Finance Are There?

Race To Scale is of course just one crowdfunding option available to development-stage SMEs. In a maturing sector that is now in 2017 evolving to cater increasingly for scale-ups, there are number of alternatives out there.

Below, we have listed a further three of the most active crowdfunding platforms on the market that have programs designed for the particular needs of scale-ups.

With a name that makes clear reference to what is perhaps the best-known crowdfunding platform for individuals and start-ups (Kickstarter), Kickfurther is designed for businesses who have outgrown this start-up platform and need larger loans to keep growing.

Specifically, Kickfurther provides debt-based crowdfunded loans for inventory financing, and, in order to be eligible, businesses must have completed at least one successful production run.

Crowdcube is another great crowdfunding platform for scale-ups. Backed by a crowd of everyday investors, VC firms and angels, the platform now invests an average of £1 million every week in companies at all stages of growth. You can offer the crowd two types of investment opportunity with Crowdcube – equity and mini-bonds.

Although Indiegogo is perhaps best-known for its rewards-based funding program for start-ups, the platform now caters well for scale-ups also. This has been made possible through its new equity crowdfunding initiative in partnership with MicroVentures, which enables the crowd to invest in growing companies in exchange for shares.

That’s it for Part 1. In Part 2, we’ll walk you through the best practices for launching a crowdfunding campaign, and how to promote it across your digital channels.

Accessing funds for growth is critical for all businesses looking to scale-up their operations. If you’re in need of help with your crowdfunding venture, then please do not hesitate to get in touch with us here at Cope Sales and Marketing – www.cope-salesandmarketing.com. Please browse our site to find out more about our services, and use our Contact Page to reach out. Looking forward to hearing from you!

By subscribing to the blog you accept that your data will be held and used for future marketing.
« View all recent posts